What is a Cumulative Trauma Injury?A cumulative trauma injury is an…

For the first time in recent memory, the Santa Barbara Sheriff’s Office has imposed mandatory overtime shifts for patrol deputies to meet the minimum staffing levels for deployment across the County. The imposition of mandatory overtime for patrol deputies follows extensive discussions between Sheriff’s officials and SBCDSA leadership. The labor-management exchanges resulted in an overtime scheduling system that transitions patrol shifts to a 4-12 schedule to maximize coverage.

On Friday, July 29th, 2016 at approximately 7:55am a Custody Deputy suffered a concussion when attacked by an inmate in the Santa Barbara County Main Jail. A responding Custody Deputy was also injured subduing the inmate.   The incident occurred while the inmate was being removed from a holding cell to have his finger prints […]

Half of the six patrol squads deployed by the Santa Barbara Sheriff’s Department patrol assignments fell below minimum staffing levels in last night’s patrol coverage, according to “Beat Sheets” recorded by the Sheriff’s Office dispatchers. Sheriff’s patrols in Goleta, Carpentaria and Santa Maria areas fell short of the minimum staffing levels required for the safety of patrol deputies and residents calling for assistance. 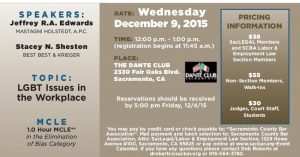