Arguing on behalf of the Alameda County Deputy Sheriffs’ Association, David E. Mastagni explained how the County of Alameda recruited deputies by promising that if the deputies devoted 30 years of service in law enforcement, the County would provide them substantial deferred compensation in the form of a pension calculated as a percentage of their “compensation earnable.”  The County promised to apply the definition of “compensation earnable” that was established by a court approved settlement order in 1999.  In 2012, Governor Brown signed into law PEPRA, which reduced this promised pension formula by over 15%.

David detailed how the Contracts Clause was enacted after the Revolutionary War to protect Americans from legislatures changing the rules after the fact and to promote stability of contracts.  He argued the federal and California Contracts Clauses are as relevant now as they were in the eighteenth and nineteenth centuries, as shifting political opinions and policy goals can make it seem attractive to raid pre-existing, long-term financial obligations whenever the state wants to spend money on priorities. 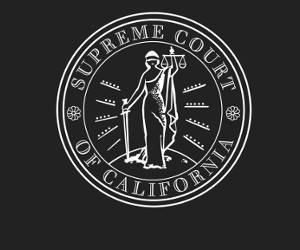